Avoiding the Awkward D&D Moment When a Priest, a Wizard, and a Dwarf Enter a Bar and Nothing Happens

A few recurring types of adventure scenes make me want to fast forward the game. For instance, I dislike when an scenario starts a party in a tavern, masquerade, or other social gathering, and then expects them to spend an hour or more mingling before the adventure finds them. Such scenes appear too regularly in Adventurer’s League scenarios. Even the adventure that introduced fifth-edition Dungeons & Dragons to the public, Murder in Baldur’s Gate, started by letting characters mingle in a marketplace while they waited for the adventure to start.

This setup comes from good motives. Many role-playing gamers enjoy role playing, so a gathering of lovingly-crafted and colorful non-player characters seems like a playground. But I’ve never seen such setups offer more than a struggle for dungeon masters or players. I wrote a post about my trouble making Murder in Baldur’s Gate work during the convention slots I ran it.

Instead of living up to an author’s ambition, these mix-and-mingle scenes follow a different pattern:

The mix-and-mingle scenes fizzle because players lack an objective other than discover how to make the adventure start. When characters lack a goal and a DM launches a role-playing scene anyway, players wind up wondering what they are supposed to do.

Instead, players should enter a scene with a goal they think their characters can accomplish. Convince the fearful witness to name the assassin. Pass the sphinx that bars the way. Get the name of an alchemist who can supply reagents.

To succeed, a scene needs more than a goal. If the dwarf enters the bar with a purse full of gold and a goal of drinking ale, then a good bartender ends the scene in a hurry.

In Dungeons & Dragons, as in fiction, the really interesting action happens when the characters have both a goal and an obstacle that stands in their way. In the early days, the objective (treasure) was as simple as the obstacles (dungeons and dragons). Now we enjoy more variety, buy we still need the core ingredients of objectives and obstacles to keep the game moving and fun.

Sometimes players face the obstacle of not knowing which NPC in the crowd has the clue they need. This works. The players now have a reason to interact with several characters. Still, stronger obstacles make better scenes.

Typically, role-playing encounters combine an objective of gaining information or help, with the obstacle of an uncooperative non-player character.

Often the players simply try to persuade the NPC, succeed at a diplomacy check, and move on, but if every interaction amounts to a skill roll, the game loses interest. At times the bard’s honeyed words may overcome any objections; at times an NPC faces conflicts or repercussions that require action.

For more challenging and interesting encounters—and more memorable NPCs—treat some NPCs as puzzles. Just as the puzzles in a Dungeons & Dragons game have solutions, and locked doors have keys, NPCs can have keys of a sort too. Every NPC who stands unwilling to cooperate must have a reason for it. To unlock the NPC’s help, players must find ways to defuse or overcome their objections. Perhaps the NPCs feel certain they’re being watched, or they love someone working for the villain, or they plan to buy the reagents. For more ideas, see 22 Reasons why a non-player character won’t cooperate. If an NPC enters an interaction with a reason not to help the players, give the players enough clues to find a way past the objection.

A lack of goals or obstacles explains some of the game’s less-interesting stretches.

You can pace your game by looking at the players’ objectives and the obstacles they face. If no obstacles challenge the party, then consider summarizing events until something new blocks the players’ progress. See How to Use Scenes and Summaries to Focus on the Best Parts of a Role-Playing Adventure.

If you liked this, you might also want to read The Unintended Consequence That Ruined Fourth Edition D&D's Chance of Success and D&D's Designers Can't Decide Whether Characters Must Rest for Hit Points and Healing, But You Can Choose. 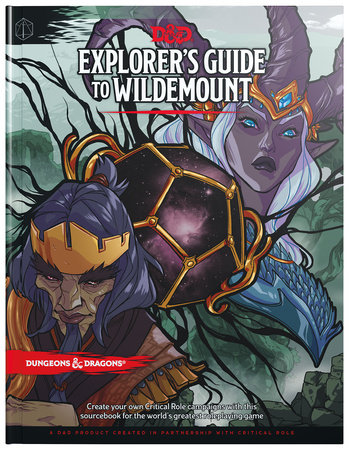